A Genealogy of Manners: Transformations of Social Relations in France and England from the Fourteenth to the Eighteenth Century (Hardcover) 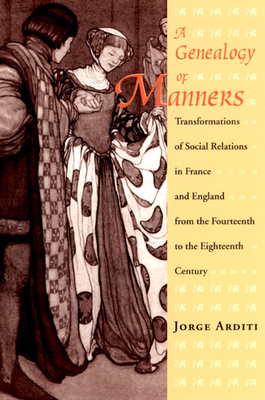 Remarkable for its scope and erudition, Jorge Arditi's new study offers a fascinating history of mores from the High Middle Ages to the Enlightenment. Drawing on the pioneering ideas of Norbert Elias, Michel Foucault, and Pierre Bourdieu, Arditi examines the relationship between power and social practices and traces how power changes over time.

Analyzing courtesy manuals and etiquette books from the thirteenth to the eighteenth century, Arditi shows how the dominant classes of a society were able to create a system of social relations and put it into operation. The result was an infrastructure in which these classes could successfully exert power. He explores how the ecclesiastical authorities of the Middle Ages, the monarchies from the fifteenth through the seventeenth century, and the aristocracies during the early stages of modernity all forged their own codes of manners within the confines of another, dominant order. Arditi goes on to describe how each of these different groups, through the sustained deployment of their own forms of relating with one another, gradually moved into a position of dominance.