Bridges: The Science and Art of the World's Most Inspiring Structures (Paperback) 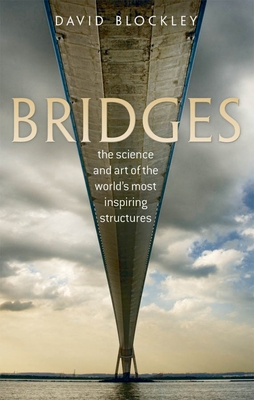 The Brooklyn Bridge, London's Tower Bridge, San Francisco's Golden Gate--bridges can be breathtakingly monumental structures, magnificent works of art, and vital arteries that make life vastly easier. In Bridges, eminent structural engineer David Blockley takes readers on a fascinating guided tour of bridge construction, ranging from the primitive rope bridges (now mainly found in adventure movies), to Roman aqueducts and the timber trestle railway bridges of the American West, to today's modern marvels, such as the Akashi-Kaiky? Bridge, which has the largest span in the world. Blockley outlines the forces at work on a bridge--tension, compression, and shear--and the basic structural elements that combat these forces--beams, arches, trusses, and suspensions (or BATS). As he does so, he explores some of the great bridges around the world, including such lesser-known masterpieces as the Forth Railway Bridge (featured in Alfred Hitchcock's The Thirty-Nine Steps), and describes some spectacular failures, such as the recent bridge collapse in Minnesota or the famous failure of the Tacoma Narrows Bridge in 1940.

David Blockley is an Emeritus Professor and Senior Research Fellow at the University of Bristol and a Fellow of the Royal Academy of Engineering. He was President of the Institution of Structural Engineers 2001-02.