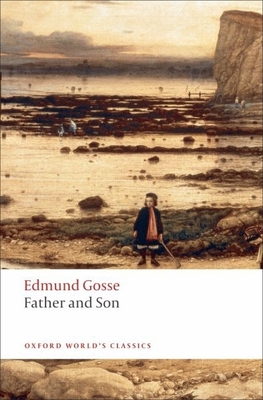 By Edmund Gosse, Michael Newton (Editor)
$14.95
Unavailable, Out of Stock, or Out of Print

Edmund Gosse wrote of his account of his life, This book is the record of a struggle between two temperaments, two consciences and almost two epochs. Father and Son remains one of English literature's seminal autobiographies. In it, Edmund Gosse recounts, with humor and pathos, his childhood as a member of a Victorian Protestant sect and his struggles to forge his own identity despite the loving control of his father. His work is a key document of the crisis of faith and doubt and a penetrating exploration of the impact of evolutionary science. An astute, well-observed, and moving portrait of the tensions of family life, Father and Son remains a classic of twentieth-century literature. This edition contains an illuminating introduction, and provides a series of fascinating appendices including extracts from Philip Gosse's Omphalos and Edmund Gosse's harrowing account of his wife's death from breast cancer. About the Series: For over 100 years Oxford World's Classics has made available the broadest spectrum of literature from around the globe. Each affordable volume reflects Oxford's commitment to scholarship, providing the most accurate text plus a wealth of other valuable features, including expert introductions by leading authorities, voluminous notes to clarify the text, up-to-date bibliographies for further study, and much more.