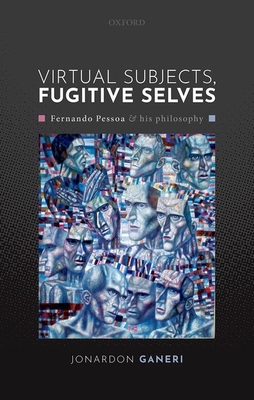 This book is a sustained analytical exploration of the rich philosophy of self of the Portuguese poet Fernando Pessoa. Fernando Pessoa (1888-1935) has become many things to many people in the years that have passed since his untimely death. For some he is simply the greatest Portuguese poet of the 20th century. For others he has gradually emerged as a forgotten voice in 20th century modernism. And yet Pessoa was also a philosopher, and it is only very recently that the philosophical importance of his work has begun to attract the attention it deserves. Pessoa composed systematic philosophical essays in his pre-heteronymic period, defending rationalism in epistemology and sensationism in the philosophy of mind. His heteronymic work, decisively breaking with the conventional strictures of systematic philosophical writing, is a profound and exquisite exploration in the philosophy of self. Virtual Subjects, Fugitive Selves pulls together the strands of this philosophy and rearticulates it in a way that does justice to its breathtaking originality. It reveals the extraordinary power of Pessoa's theory by
applying it to the analysis of some of the trickiest and most puzzling problems about the self to have appeared in the global history of philosophy.

Jonardon Ganeri, Bimal K. Matilal Distinguished Professor of Philosophy, University of Toronto Jonardon Ganeri is a philosopher whose work draws on a variety of philosophical traditions to construct new positions in the philosophy of mind, metaphysics and epistemology. He is the author of Attention, Not Self, The Self, The Concealed Art of the Soul, The Lost Age of Reason, and Semantic Powers, all published by Oxford University Press. He joined the Fellowship of the British Academy in 2015, and won the Infosys Prize in the Humanities the same year, the only philosopher to do so.