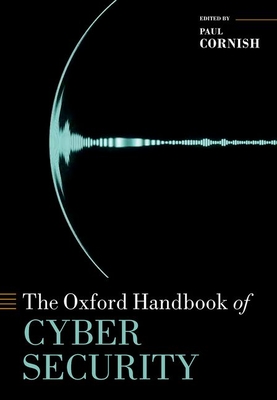 Cyber security is concerned with the identification, avoidance, management and mitigation of risk in, or from, cyber space. The risk concerns harm and damage that might occur as the result of everything from individual carelessness, to organised criminality, to industrial and national security
espionage and, at the extreme end of the scale, to disabling attacks against a country's critical national infrastructure. However, there is much more to cyber space than vulnerability, risk, and threat. Cyber space security is an issue of strategy, both commercial and technological, and whose
breadth spans the international, regional, national, and personal. It is a matter of hazard and vulnerability, as much as an opportunity for social, economic and cultural growth. Consistent with this outlook, The Oxford Handbook of Cyber Security takes a comprehensive and rounded approach to the
still evolving topic of cyber security. The structure of the Handbook is intended to demonstrate how the scope of cyber security is beyond threat, vulnerability, and conflict and how it manifests on many levels of human interaction. An understanding of cyber security requires us to think not just in
terms of policy and strategy, but also in terms of technology, economy, sociology, criminology, trade, and morality. Accordingly, contributors to the Handbook include experts in cyber security from around the world, offering a wide range of perspectives: former government officials, private sector
executives, technologists, political scientists, strategists, lawyers, criminologists, ethicists, security consultants, and policy analysts.

Paul Cornish, LSE IDEAS, London School of Economics Paul Cornish was educated at St Andrews, LSE, and Cambridge Universities. He has served in the British Army and the Foreign and Commonwealth Office, and has worked at research institutes including Chatham House, the UK Defence Academy, the Centre for Defence Studies (King's College London), RANDEurope, and the Universities of Cambridge, Bath, and Exeter. His work covers international security, national strategy, arms control, the ethics of armed force, civil-military relations and cyber security. He was Co-Director of the Cyber Security Capacity Building Centre at Oxford University, 2013-18, and Professorial Fellow at the Australian National University, 2017. He is Visiting Professor at LSE IDEAS, London School of Economics.