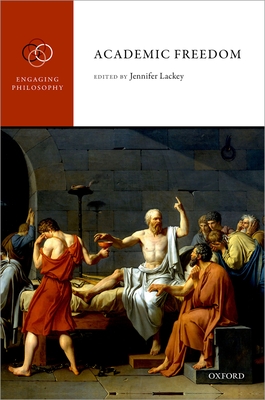 Academic freedom allows members of institutions of higher learning to engage in intellectual pursuits without fear of censorship or retaliation, and lies at the heart of the mission of the university. Recent years have seen growing concerns about threats to academic freedom, many brought about from the changing norms of (and demands on) the university. A wide range of new issues - including content warnings, safe spaces, social media controversies, microaggressions, and no platforming - have given rise to loud cries, in both scholarly and popular contexts, that academic freedom is under serious attack. This volume fills both of these gaps in the current literature by bringing together leading philosophers from a wide range of areas of expertise to weigh in on both traditional issues and timely challenges that involve academic freedom. Divided into four main sections, it covers the rationale of academic freedom, its parameters, the new challenges to academic freedom (ranging from
content warnings to political correctness), and the conflicts between academic freedom and the enforcement of laws and regulations governing the university.

Jennifer Lackey, Wayne and Elizabeth Jones Professor of Philosophy, Northwestern University Jennifer Lackey is the Wayne and Elizabeth Jones Professor in the Department of Philosophy at Northwestern University. She is the author of Learning from Words: Testimony as a Source of Knowledge (OUP 2010), the editor of Essays in Collective Epistemology (OUP 2014), and a co-editor of The Epistemology of Disagreement: New Essays (OUP 2013) and The Epistemology of Testimony (OUP 2006). Jennifer is the winner of the Dr. Martin R. Lebowitz and Eve Lewellis Lebowitz Prize for Philosophical Achievement and Contribution (2015) and the Young Epistemologist Prize (2005). Her work has been supported by the Mellon Foundation, the American Council of Learned Societies, the National Endowment for the Humanities, and the Alice Kaplan Institute for the Humanities.