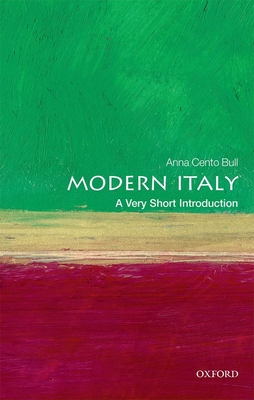 The history of modern Italy is characterized by recurrent cultural and political projects of modernity, rejuvenation, and regeneration; projects which often had their roots in a widespread dissatisfaction with social and political reality, and perceived moral corruption. The Risorgimento, the movement leading to Italian Unification in 1861, explicitly linked the quest for national unity to a process of moral regeneration and progress. Later forms of nationalism and the rise of fascism in the first two decades of the twentieth century advocated a spiritual revolution and the moulding of new Italians through war and violence. The tragic outcome of Italian fascism led to the emergence of new visions of progress during the post-war First Republic, in which European integration was embraced with conviction. In the last 25 years a project of of modernization epitomized by Silvio Berlusconi has characterized Italian politics, invoking a mixture of nationalist themes and an uncritical embracing of consumer and media culture. In this Very Short Introduction Anna Cento Bull addresses the question of what modernity means to Italy, and asks what modern Italy stands for. She considers Italy's political system and style of government, and looks at its economic modernisation and issues with emigration, internal migration and immigration. Bull concludes by looking at the Italian culture and lifestyle, including modern art and architecture, cinema, literature, gastronomy, fashion and sport. ABOUT THE SERIES: The Very Short Introductions series from Oxford University Press contains hundreds of titles in almost every subject area. These pocket-sized books are the perfect way to get ahead in a new subject quickly. Our expert authors combine facts, analysis, perspective, new ideas, and enthusiasm to make interesting and challenging topics highly readable.

Anna Cento Bull is Professor of Italian Studies at the University of Bath. She is the author of numerous books on Italian History and Politics, including From Peasant to Entrepreneur. The Survival of the Family Economy in Italy (with P. Corner, Berg, 1993), Social Identities and Political Cultures in Italy (Berghahn, 2000), The Lega Nord and the Northern Question in Italian Politics (with M. Gilbert, Palgrave MacMillan, 2001), and Ending Terrorism in Italy (with P. Cooke, Routledge, 2013). Her work on Italy has been wide-ranging, covering the economy and society, culture and identity, contemporary politics, terrorism, and collective memory. From 2005 to 2010 she was Editor of the interdisciplinary journal Modern Italy (Taylor and Francis) and in this role she both promoted and became familiar with new, original and ground-breaking scholarly work on all aspects of modern and contemporary Italy.