Augustan Poetry and the Irrational (Hardcover) 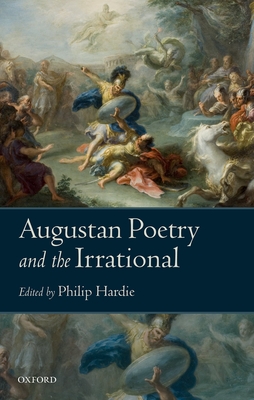 The establishment of the Augustan regime presents itself as the assertion of order and rationality in the political, ideological, and artistic spheres, after the disorder and madness of the civil wars of the late Republic. But the classical, Apollonian poetry of the Augustan period is fascinated by the irrational in both the public and private spheres. There is a vivid memory of the political and military furor that destroyed the Republic, and also an anxiety that furor may resurface, that the repressed may return. Epic and elegy are both obsessed with erotic madness: Dido experiences in her very public role the disabling effects of love that are both lamented and celebrated by the love elegists. Didactic (especially the Georgics) and the related Horatian exercises in satire and epistle, offer programmes for constructing rational order in the natural, political, and psychological worlds, but at best contain uneasily an ever-present threat of confusion and backsliding, and for the
most part fall short of the austere standards of rational exposition set by Lucretius. Dionysus and the Dionysiac enjoy a prominence in Augustan poetry and art that goes well beyond the merely ornamental. The person of the emperor Augustus himself tests the limits of rational categorization. Augustan Poetry and the Irrational contains contributions by some of the leading experts of the Augustan period as well as a number of younger scholars. An introduction which surveys the field as a whole is followed by chapters that examine the manifestations of the irrational in a range of Augustan poets, including Virgil, Horace, Ovid, and the love elegists, and also explore elements of post-classical reception.