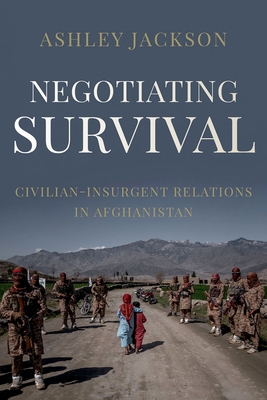 Two decades on from 9/11, the Taliban now control more than half of Afghanistan. Few would have foreseen such an outcome, and there is little understanding of how Afghans living in Taliban territory have navigated life under insurgent rule. Based on over 400 interviews with Taliban and civilians, this book tells the story of how civilians have not only bargained with the Taliban for their survival, but also ultimately influenced the course of the war in Afghanistan. While the Taliban have the power of violence on their side, they
nonetheless need civilians to comply with their authority. Both strategically and by necessity, civilians have leveraged this reliance on their obedience in order to influence Taliban behaviour. Challenging prevailing beliefs about civilians in wartime, Negotiating Survival presents a new model for understanding how civilian agency can shape the conduct of insurgencies. It also provides timely insights into Taliban strategy and objectives, explaining how the organisation has so nearly
triumphed on the battlefield and in peace talks. While Afghanistan's future is deeply unpredictable, there is one certainty: it is as critical as ever to understand the Taliban--and how civilians survive their rule.

Ashley Jackson is the co-director of the Centre for the Study of Armed Groups at the Overseas Development Institute. She has worked on Afghanistan for more than a decade and has published extensively on the Taliban.