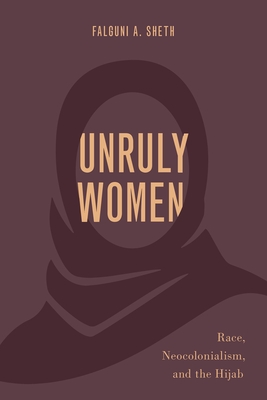 Despite the disapproval that visibly Muslim women face in the West, the U.S. does not ban the hijab or niqab. Nevertheless, it does find a way to manage assertive Muslim women. How so? Subtly and without outright confrontation: through the courts, bureaucratic processes and liberal discourses. From a range of juridical decisions connected not only by a distinctly neocolonial gaze, but also through the tacit dimension of race, Muslim women-among other women of color-are reconceived as neonates who must be taught to behave: as Americans, as professional women, and as autonomous, mildly independent subjects. Focusing on the discrimination claims of Muslim women, this study examines juridical and political approaches that dismiss Muslim women and other populations of color as culturally backward, misguided in their thinking, and gratuitously nonconformist. Likewise, it analyses the experience of racial dismissal through excruciation: the phenomenon by which vulnerable populations are pressed into hopeless performances of cultural assimilation. Racial dismissal is excavated through legal opinions, court transcripts, and other encounters between Muslim women and the state. Ultimately, this work finds that the racial address of dismissal and the phenomena of excruciation have been pivotal to a liberal juridical order that otherwise claims neutrality. By concentrating on the treatment of Muslim women, this book uncovers dynamics of social and racial division which have inhabited and bolstered liberal legal neutrality from its inception. This book's framework, while focusing on Muslim women in
the U.S., is a template for understanding how exclusion is juridically implemented for other racialized and marginalized populations.

Falguni A. Sheth is Associate Professor in Women's, Gender, and Sexuality Studies at Emory University. She is the author of Toward a Political Philosophy of Race (SUNY Press, 2009); the co-editor of Race, Liberalism, and Economics (University of Michigan Press, 2004). Sheth has a Ph.D. in philosophy from the New School for Social Research. Sheth's areas of expertise include race and state-sanctioned violence, national security politics, postcolonial and transnational feminist theory, and critical race and legal studies. She has published numerous articles in political and feminist philosophy, in legal, and critical race theory, and in the philosophy of race. Sheth was a columnist for Salon.com, where she wrote about race, national security, and politics. She has written for a range of public venues including Alternet and Common Dreams. For 15 years, she has been the co-organizer of the California Roundtable on Philosophy and Race, founded as a forum on philosophy, race, and relatedthemes.