The Machine in the Garden: Technology and the Pastoral Ideal in America (Paperback) 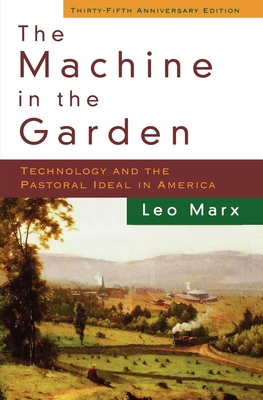 For over four decades, Leo Marx's work has focused on the relationship between technology and culture in 19th- and 20th-century America. His research helped to define--and continues to give depth to--the area of American studies concerned with the links between scientific and technological
advances, and the way society and culture both determine these links. The Machine in the Garden fully examines the difference between the pastoral and progressive ideals which characterized early 19th-century American culture, and which ultimately evolved into the basis for much of the
environmental and nuclear debates of contemporary society. This new edition is appearing in celebration of the 35th anniversary of Marx's classic text. It features a new afterword by the author on the process of writing this pioneering book, a work that all but founded the discipline now called American Studies.

Leo Marx is Professor Emeritus of the Program in Science, Technology, and Society at the Massachusetts Institute of Technology.