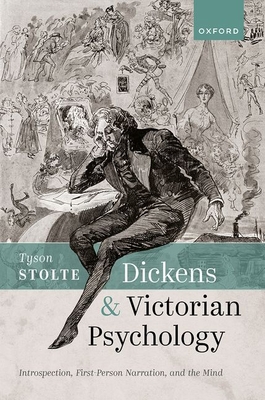 Dickens and Victorian Psychology: Introspection, First-Person Narration, and the Mind positions Charles Dickens's fiction in the midst of Victorian psychological debate, tracking Dickens's increasing reliance over the course of his career on the introspective mode, those moments--from free indirect discourse to first-person narration--in which Dickens attempts to represent the inner view of his characters' minds. In the middle of the nineteenth century, introspection remained the central investigative method for dualist psychologies, theories that tied the mind's immortality to its immateriality. Because those psychologies found evidence of the mind's ontological difference from the body in the subjective experience of consciousness, this book argues that the moments of inwardness in Dickens's fiction, in both their form and their content, constitute efforts to resist the encroachment of psycho-physiology by making a case for the mind's transcendence of the body. Yet Dickens and Victorian Psychology also shows the consequences of a material psychology's appropriation of such an inward view--as well as the results of the efforts by psycho-physiologists to redefine the terminology of a mainstream dualism--by tracing the ambiguities and contradictions that find their way into Dickens's representations of the mind. In these ways, this book reveals an overlooked context for Dickens's experiments with narrative point of view and broadens our understanding of the strategies that a material psychology used to assuage the anxieties of those who saw psycho-physiology as a threat to immortality.