The Bounds of Possibility: Puzzles of Modal Variation (Hardcover) 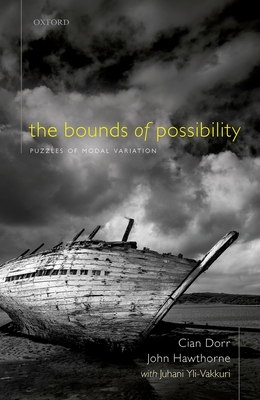 In general, a given object could have been different in certain respects. For example, the Great Pyramid could have been somewhat shorter or taller; the Mona Lisa could have had a somewhat different pattern of colours; an ordinary table could have been made of a somewhat different quantity of
wood. But there seem to be limits. It would be odd to suppose that the Great Pyramid could have been thimble-sized; that the Mona Lisa could have had the pattern of colours that actually characterizes The Scream; or that the table could have been made of the very quantity of wood that in fact made
some other table. However, there are puzzling arguments that purport to show that so long as an object is capable of being somewhat different in some respect, it is capable of being radically different in that respect. These arguments rely on two tempting thoughts: first, that an object's capacity
for moderate variation is a non-contingent matter, and second, that what is possibly possible is simply possible. The Bounds of Possibility systematically investigates competing strategies for resolving these puzzles, and defends one of them. Along the way it engages with foundational questions
about the metaphysics of modality.