What Is a Refugee? (Paperback) 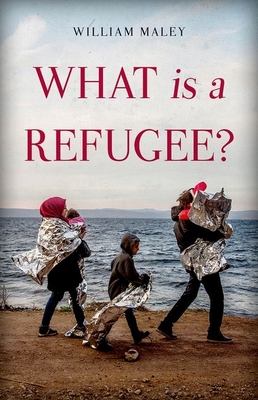 With the arrival in Europe of over a million refugees and asylum seekers in 2015, a sense of panic began to spread within the continent and beyond. What is a Refugee? puts these developments into historical context, injecting much-needed objectivity and nuance into contemporary debates over what is to be done. Refugees have been with us for a long time -- although only after the Great War did refugee movements commence on a large scale -- and are ultimately symptoms of the failure of the system of states to protect all who live within it. Providing a terse user's guide to the complex legal status of refugees, Maley argues that states are now reaping the consequences of years of attempts to block access to asylum through safe and 'legal' means. He shows why many mooted 'solutions' to the 'problem' of refugees -- from military intervention to the warehousing of refugees in camps -- are counterproductive, creating environments ripe for the growth of extremism among people who have
been denied all hope. In a globalised world, he concludes, wealthy states have the resources to protect refugees. And, as his historical account shows, courageous individuals have treated refugees in the past with striking humanity. States today could do worse than emulate them.

William Maley is Professor of Diplomacy in the Asia-Pacific College of Diplomacy at the Australian National University. He has been a Visiting Research Fellow in the Refugee Studies Programme at the University of Oxford, and is a Fellow of the Academy of the Social Sciences in Australia.