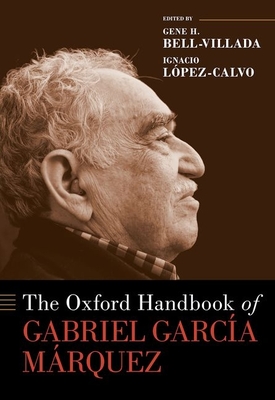 From the epic saga of the Buend a family in One Hundred Years of Solitude to the enduring passion of Love in the Time of Cholera to the exploration of tyranny in The Autumn of the Patriarch, Gabriel Garc a M rquez has built a literary world that continues to captivate millions of readers
across the world. His writings entrance modern audiences with their dreamlike yet trenchant insights into universal issues of the human condition such as love, revenge, old age, death, fate, power, and justice. A Nobel Laureate in 1982, he contributed to the global popularity of the Latin American
Boom during the second half of the 20th century and had a profound impact on writers worldwide, including Toni Morrison, Salman Rushdie, and Haruki Murakami. The Oxford Handbook of Gabriel Garc a M rquez brings together world experts on the Colombian writer to present a comprehensive
English-language examination of his life, oeuvre, and legacy--the first such work since his death in 2014.
Edited by Latin American literature authorities Gene H. Bell-Villada and Ignacio L pez-Calvo, the volume paints a rich and nuanced portrait of Gabo. It incorporates ongoing critical approaches such as feminism, ecocriticism, Marxism, and ethnic studies, while elucidating key aspects of his work,
such as his Caribbean-Colombian background; his use of magical realism, myth, and folklore; and his left-wing political views. Thirty-two wide-ranging chapters cover the bulk of the author's writings-both major and minor, early and late, long and short-as well as his involvement with film. They also
discuss his unique prose style, highlighting how music shaped his literary art. The Handbook gives unprecedented attention to the global influence of Garc a M rquez-on established canons, on the Global South, on imaginative writing in South Asia, China, Japan, and throughout Africa and the Arab
world. This is the first book that places the Colombian writer within that wider context, celebrating his importance both as a Latin American author and as a global phenomenon.