Kim Jong Un and the Bomb: Survival and Deterrence in North Korea (Hardcover) 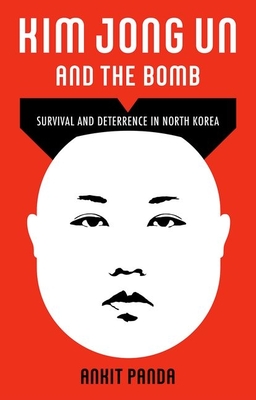 In September 2017, North Korea shocked the world by exploding the most powerful nuclear device tested anywhere in 25 years. Months earlier, it had conducted the first test flight of a missile capable of ranging much of the United States. By the end of that year, Kim Jong Un, the reclusive state's ruler, declared that his nuclear deterrent was complete. Today, North Korea's nuclear weapons stockpile and ballistic missile arsenal continues to grow, presenting one of the most serious challenges to international security to date. Internal regime propaganda has called North Korea's nuclear forces the country's treasured sword, underscoring the cherished place of these weapons in national strategy. Fiercely committed to self-reliance, Kim remains determined to avoid unilateral disarmament. Kim Jong Un and the Bomb tells the story of how North Korea-once derided in the 1970s as a fourth-rate pipsqueak of a country by President Richard Nixon-came to credibly threaten the American homeland by November 2017. Ankit Panda explores the contours of North Korea's nuclear capabilities, the developmental history of its weapons programs, and the prospects for disarming or constraining Kim's arsenal. With no signs that North Korea's total disarmament is imminent over the next years or even decade, Panda explores the consequences of a nuclear-armed North Korea for the United States, South Korea, and the world.

Ankit Panda is an award-winning American writer, analyst, and researcher specializing in international security, defense, geopolitics, and economics. His work has appeared in a range of publications, including the New York Times, Foreign Affairs, the Diplomat, the Atlantic, the Daily Beast, Politico Magazine, and War on the Rocks. He is currently a senior editor at the Diplomat, where he writes daily on security, geopolitics, and economics in the Asia-Pacific region and hosts a popular podcast. He is also an adjunct senior fellow at the Federation of American Scientists, where his work focuses on nuclear and conventional force developments in Asia, deterrence, and nuclear strategy.