On Liberty and the Subjection of Women (Paperback) 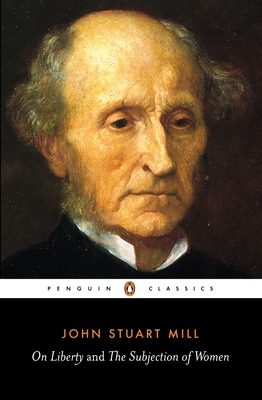 By John Stuart Mill, Alan Ryan (Editor), Alan Ryan (Introduction by)
$12.00
Unavailable, Out of Stock, or Out of Print

John Stuart Mill was a prodigious thinker who sharply challenged the beliefs of his age. In On Liberty, one of the sacred texts of liberalism, he argues that any democracy risks becoming a "tyranny of opinion" in which minority views are suppressed if they do not conform to those of the majority. The Subjection of Women, written shortly after the death of Mill's wife, Harriet, stresses the importance of sexual equality. Together they provide eloquent testimony to the hopes and anxieties of Victorian England, and offer a trenchant consideration of what it really means to be free.

John Stuart Mill (1806-73) was educated by his father and through his influence obtained a clerkship at India House. He formed the Utilitarian Society which met to read and discuss essays, and in 1825 he edited Bentham’s Treatise upon Evidence. In 1826 he suffered an acute mental crisis and found that poetry helped him recover the will to live, particularly the work of Wordsworth. Having reconsidered his aims and those of the Benthamite school, he met Harriet Taylor and she inspired a great deal of his philosophy. They married in 1851. Utilitarianism was published in 1861 but before that Mill published his System of Logic (1843), Principles of Political Economy (1848) and On Liberty (1839). His other works include his classic Autobiography (1873). Mill retired in 1858 and became the independent MP for Westminster from 1865 to 1868. He spent the rest of his life in France and died in Avignon.

Alan Ryan has served as a judge for the Film Fantasy Awards and is a member of the National Book Critics Circle. He regularly contributes to The Washington Post, USA Today, The Smithsonian, and Travel and Leisure, among other publications.

On Liberty remains a classic. . . . The present world would be better than it is if [MillÆs] principles were more respected. (Bertrand Russell)