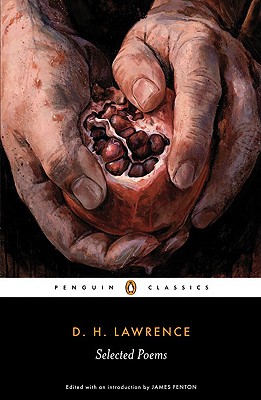 By D. H. Lawrence, James Fenton (Editor), James Fenton (Introduction by), Christopher Ricks (Editor)
$17.00
Unavailable, Out of Stock, or Out of Print

Published as part of a series of new editions of D. H. Lawrence's works, this major collection presents the fullest range of the author's poetry available today. Selected by prize-winning poet and scholar James Fenton, these lush, evocative poems offer a direct link to the genius of one of the twentieth century's most provocative writers.

David Herbert Lawrence was born in Nottinghamshire in 1885. His first novel, The White Peacock, was published in 1911. The next year Lawrence published Sons and Lovers and ran off to Germany with Frieda Weekley, his former tutor's wife. His masterpieces The Rainbow and Women in Love were completed in quick succession, but the first was suppressed as indecent and the second was not published until 1920. Lawrence's lyrical writings challenged convention, promoting a return to an ideal of nature where sex is seen as a sacrament. In 1925 Lawrence's final novel, Lady Chatterly's Lover, was banned in England and the United States for indecency. He died of tuberculosis in 1930 in Venice.

James Fenton was born in Lincoln in 1949 and educated at Magdalen College, Oxford where he won the Newdigate Prize for poetry. He has worked as political journalist, drama critic, book reviewer, war correspondence, foreign correspondent and columnist. He is a Fellow of the Royal Society of Literature and was Oxford Professor of Poetry for the period 1994-99.

" Lawrence's gifts were phenomenal, and there is no one in English literature to touch him, at his best."
-Doris Lessing