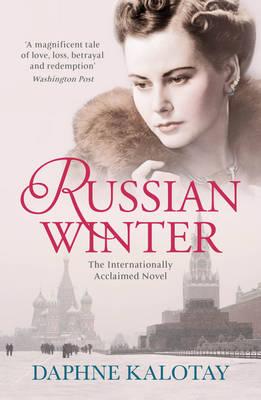 “This narrative pas de deux binds Nina Revskaya's mysterious past as the Bolshoi Ballet's rising young star with her reclusive present as an anonymous benefactor of the Boston arts scene. When a rash, youthful decision based on jealousy and insecurity sets events spinning out of her control, Nina spends the rest of her life guarding a dark secret. With this sweeping story of art, love, and Soviet politics come hints of intrigue and betrayal, and even those with the most dazzling talent cannot protect themselves against damaging accusations.”
— Emily Crowe, Odyssey Bookshop, South Hadley, MA

When Nina Revskaya puts her remarkable jewelry collection up for auction, the former Bolshoi Ballet star finds herself overwhelmed by memories of her homeland, and of the events, both glorious and heartbreaking, that changed her life half a century earlier. It was in Russia that she discovered the magic of dance and fell in love, and where, faced with Stalinist aggression, a terrible discovery incited a deadly act of betrayal--and an ingenious escape to the West.

Nina has kept her secrets for half a lifetime. But now Drew Brooks, an inquisitive associate at a Boston auction house, and Grigori Solodin, a professor who believes Nina's jewels hold the key to unlocking his past, begin to unravel her story--setting in motion a series of revelations that will have life-altering consequences for them all.