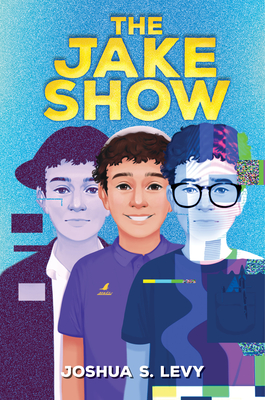 In Joshua S. Levy’s hilarious and charming middle grade novel, a Jewish seventh grade boy is caught between the worlds of his divorced parents—with an orthodox mother and secular father, Jake must concoct a web of lies to go to a summer camp with his friends. Perfect for fans of Gordon Korman and Erin Entrada Kelly.

For TV-obsessed Jake Lightman, his parents’ divorce is like his favorite show getting canceled: The worst. Now he’s stuck between playing the role of “Yaakov” for his mother and “Jacob” for his father.

On Jake’s first day at a new school, Caleb and Tehilla barrel into his life. Suddenly, he has two friends who seem to like the real Jake. And when they invite him to Camp Gershoni for the summer, Jake knows he has to go—even if his parents won’t let him.

With help from Caleb and Tehilla, Jake concocts a web of lies to get to camp. But he struggles to keep up the ruse—and be a good friend at the same time. As the cost of lying grows, he must decide what’s truly important, or risk losing the people he cares about the most.

"You'll root for Jake as he navigates friendships, parents, religion, and figuring out who he is—and who he wants to be. Heartfelt and hilarious, The Jake Show is a coming of age story you don't want to miss."  — Sarah Mlynowski, New York Times bestselling author of the Whatever After series

"A heartfelt story about discovering yourself while being pulled in two directions, Levy's The Jake Show had me laughing through tears and cheering for Jake every inch of the way. Give this TV-loving kid his Emmy; he deserves it."  — Nicole Melleby, award-winning author of Hurricane Season