The Ocean at the End of the Lane (Illustrated Edition) (Hardcover) 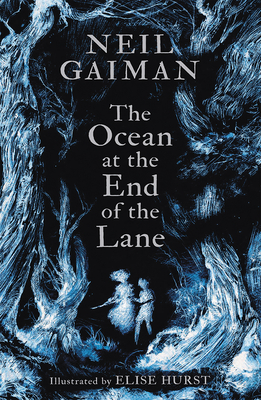 “A novel about the truths—some wonderful, some terrible—that children know and adults do not.” —Time magazine

A man returns to the site of his childhood home where, years before, he knew a girl named Lettie Hempstock who showed him the most marvelous, dangerous, and outrageous things, but when he gets there he learns that nothing is as he remembered.

Wondrous, imaginative, impossible, and at times deeply scary, The Ocean at the End of the Lane is classic Neil Gaiman and has captured the hearts of readers everywhere. This beautiful illustrated edition features haunting, emotive artwork by renowned fine artist Elise Hurst, whose illustrations seamlessly interweave the childhood wonder and harrowing danger that infuse Gaiman’s beloved tale.

Neil Gaiman is a #1 New York Times bestselling author of books for children and adults whose award-winning titles include Norse Mythology, American Gods, The Graveyard Book, Good Omens (with Terry Pratchett), Coraline, and The Sandman graphic novels. Neil Gaiman is a Goodwill Ambassador for UNHCR and Professor in the Arts at Bard College.