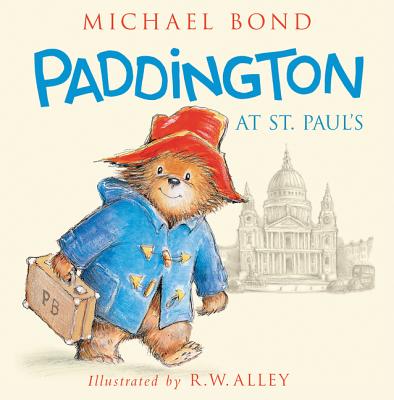 By Michael Bond, R. W. Alley (Illustrator)
$17.99
On Our Shelves Now - Please allow up to 48-hours for Curbside Pickup orders to be processed.

Paddington Bear’s adventures never go quite as planned. But that doesn’t mean they aren’t filled with fun and laughter!

When Mr. Gruber takes Paddington on a special outing to St. Paul’s Cathedral, there is one surprise after another. And the biggest surprise of all comes when Paddington is mistaken for a choir bear and suddenly finds himself taking part in a most unusual rehearsal.

For six decades, stories of Paddington have charmed readers all over the world. Now another generation of fans can join the beloved bear in this brand-new adventure written by Michael Bond and illustrated by artist R. W. Alley.

R. W. Alley has illustrated a number of books featuring Paddington Bear. He lives in Barrington, Rhode Island, with his wife, author Zoë B. Alley.