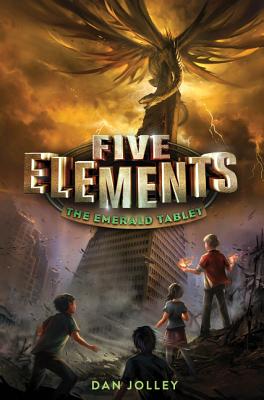 This is book number 1 in the Five Elements series.

This epic middle grade series is filled with awesome elemental powers, nightmarish creatures, and nonstop adventure that will thrill fans of Avatar: The Last Airbender, Rick Riordan, and Brandon Mull.

When Gabe Conway and his friends find a strange old map in his uncle’s office and follow it to a crumbling secret chamber beneath San Francisco, they think they’re just having one last adventure before Gabe moves away.

They don’t expect to end up bound to the magic of the elements, or to set off a chain of events that none of them can explain. But they’re about to get more of an adventure than they bargained for.

A power-hungry cult is plotting to merge our world with a twisted parallel realm—and now it’s up to Gabe, his friends, and their new elemental powers to save San Francisco from utter destruction.