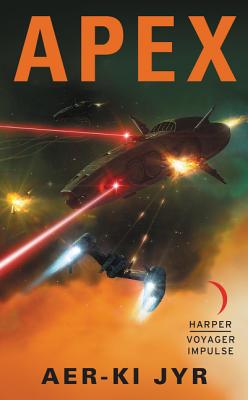 A new dawn is coming.

It's been eons since Humans controlled the universe. Defeated by a mysterious enemy, the downfall of Humanity brought about a virtual dark age. Culture and technology stagnated in their absence. But now, trade is once again flourishing as Human artifacts resurface throughout the galaxy, resurrecting long forgotten advancements.

And one such discovery might very well alter the course of the future forever.

An epic space adventure, Aer-ki Jyr's APEX is a breathless race to the ultimate prize, with the very fate of the stars hanging in the balance.

Aer-ki Jyr is the author of the science fiction serial Star Force. His latest work, Apex, is his first full-length novel. Be sure to follow him on Twitter.