A Series of Unfortunate Events #2: The Reptile Room CD (CD-Audio) 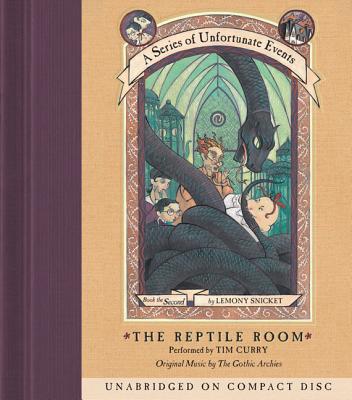 This is book number 2 in the Series of Unfortunate Events series.

In the first two books alone, the three youngsters encounter a greedy and repulsive villain, itchy clothing, a disastrous fire, a plot to steal their fortune, a lumpy bed, a deadly serpent, a large brass reading lamp, a long knife, and a terrible odour.