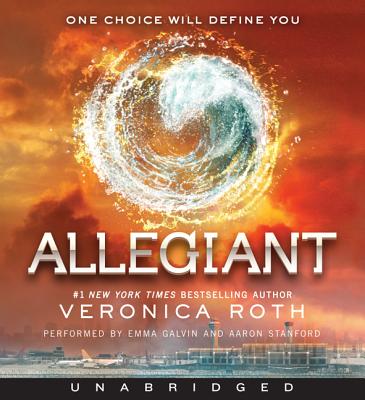 By Veronica Roth, Emma Galvin (Read by), Aaron Stanford (Read by)
$29.99
Unavailable, Out of Stock, or Out of Print

This is book number 3 in the Divergent Series series.

The explosive conclusion to Veronica Roth's #1 New York Times bestselling Divergent series of books reveals the secrets of the dystopian world that captivated millions of readers and film fans in Divergent and Insurgent.

One choice will define you. What if your whole world was a lie? What if a single revelation—like a single choice—changed everything? What if love and loyalty made you do things you never expected?

Told from a riveting dual perspective, this third installment in the series follows Tris and Tobias as they battle to comprehend the complexities of human nature—and their selves—while facing impossible choices of courage, allegiance, sacrifice, and love.