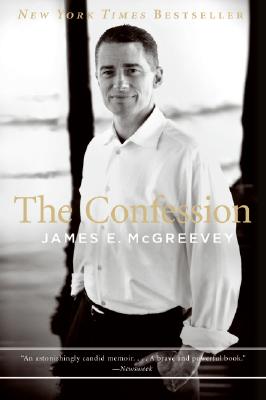 In August 2004, Governor James E. McGreevey of New Jersey made history when he stepped before microphones, declared "My truth is that I am a gay American," and announced his resignation. The story made international headlines—but what led to that moment was a human and political drama more complex and fascinating than anyone knew. Now, in this extraordinarily candid memoir, McGreevey shares his story of a life of ambition, moral compromise, and redemption.

From childhood, McGreevey lived a kind of idealized American life. The son of working-class Irish Catholic parents, named for an uncle who died at Iwo Jima, he strove to exceed expectations in everything he did, meeting each new challenge as though his "future rode on every move." As a young man he was tempted by the priesthood, yet it was another calling—politics—that he found irresistible. Plunging early into the dangerous waters of New Jersey politics, he won three elections by the age of thirty-six, and soon thereafter nearly toppled the state's popular governor, Christie Todd Whitman, in a photo-finish election. Four years later, he won the governorship by a landslide.

Throughout his adult life, however, Jim McGreevey had been forced to suppress a fundamental truth about himself: that he was gay. He knew at once that the only clear path to his dreams was to live a straight life, and so he split in two, accepting the traditional role of family man while denying his deepest emotions. And he discovered, to his surprise, that becoming a political player demanded ethical shortcuts that became as corrosive as living in the closet. In the cutthroat culture of political bosses, backroom deals, and the insidious practice known as "pay-to-play," he writes, "political compromises came easy to me because I'd learned how to keep a part of myself innocent of them." His policy triumphs as governor were tempered by scandal, as the transgressions of his staff came back to haunt him. Yet only when a former lover threatened to expose him did he finally confront his divided soul, and find the authentic self that had always eluded him.

More than a coming-out memoir, The Confession is the story of one man's quest to repair the rift between his public and private selves, at a time in our culture when the personal and political have become tangled like frayed electric cables. Teeming with larger-than-life characters, written with honesty, grace, and rare insight into what it means to negotiate the minefields of American public life, it may be among the most honest political memoirs ever written.

James E. McGreevey was the governor of New Jersey from January 2002 to November 2004. Born in Jersey City, he earned degrees from Columbia, Georgetown, and Harvard before serving three terms as the mayor of Woodbridge, New Jersey. After a narrow defeat in 1997, he was elected to the governor's seat in 2001. He lives in Plainfield, New Jersey with his partner, Mark O'Donnell. He has two daughters, Jacqueline and Morag.