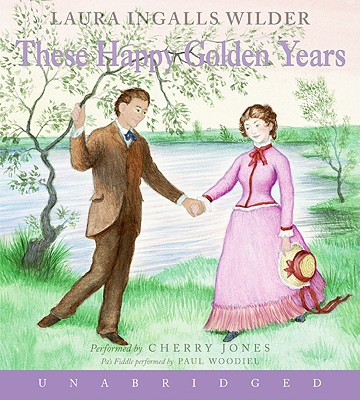 By Laura Ingalls Wilder, Cherry Jones (Read by)
$25.95
Unavailable, Out of Stock, or Out of Print

This is book number 8 in the Little House series.

The eighth book in Laura Ingalls Wilder's treasured Little House series, and the recipient of a Newbery Honor.

Fifteen-year-old Laura lives apart from her family for the first time, teaching school in a claim shanty twelve miles from home. She is very homesick, but she knows that her earnings can help pay for her sister Mary's tuition at the college for the blind. Only one thing gets her through the lonely weeks—every weekend, Almanzo Wilder arrives at the school to take Laura home for a visit. Friendship soon turns to love for Laura and Almanzo.

The nine Little House books are inspired by Laura's own childhood and have been cherished by generations of readers as both a unique glimpse into America's frontier history and as heartwarming, unforgettable stories.

Cherry Jones won the Tony® Award for best actress for both The Heiress and Doubt, and received two Tony® nominations for her work in A Moon for the Misbegotten and Our Country's Good; she can be seen in the films The Perfect Storm, Erin Brockovich, The Divine Secrets of the Ya-Ya Sisterhood, and Cold Mountain.