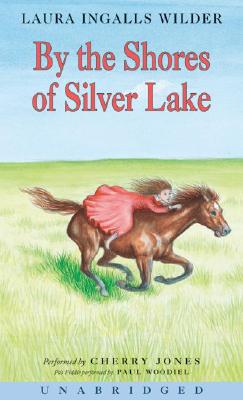 By Laura Ingalls Wilder, Cherry Jones (Read by)
$25.99
Unavailable, Out of Stock, or Out of Print

This is book number 6 in the Little House series.

The Ingalls family has seen both joy and hardship since the end of On the Banks of Plum Creek. Mary has been left blind from a battle with scarlet fever, and a new sister, Grace, has been born. Pa decides to move to a railroad camp in the unsettled Dakota Territory to work as a bookkeeper to earn money. Eventually, Laura, her sisters, and Ma travel by train to join Pa at the spot he’s claimed for their new home.  They spend a long winter in the surveyor’s house, and in the spring, Pa begins to build a store. It’s the first building in what will become the town of De Smet. Finally, the Ingalls family’s travels by covered wagon are over.

The nine books in the timeless Little House series tell the story of Laura’s real childhood as an American pioneer, and are cherished by readers of all generations. They offer a unique glimpse into life on the American frontier and tell the heartwarming, unforgettable story of a loving family.

Cherry Jones won the Tony® Award for best actress for both The Heiress and Doubt, and received two Tony® nominations for her work in A Moon for the Misbegotten and Our Country's Good; she can be seen in the films The Perfect Storm, Erin Brockovich, The Divine Secrets of the Ya-Ya Sisterhood, and Cold Mountain.