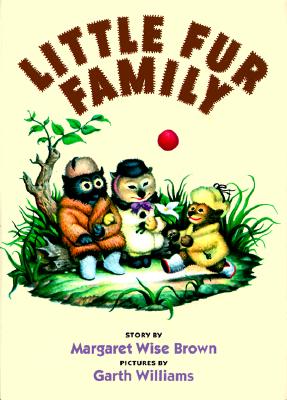 By Margaret Wise Brown, Garth Williams (Illustrator)
This Book Is Not Sold Online - Inquire In Store
Hard to Find

There was a little fur family
warm as toast
smaller than most
in little fur coats
and they lived in a warm
wooden tree.

Margaret Wise Brown, cherished for her unique ability to convey a child’s experience and perspective of the world, transformed the landscape of children’s literature with such beloved classics as Goodnight Moon and The Runaway Bunny. Other perennial favorites by Ms. Brown include My World; Christmas in the Barn; The Dead Bird; North, South, East, West; and Good Day, Good Night.