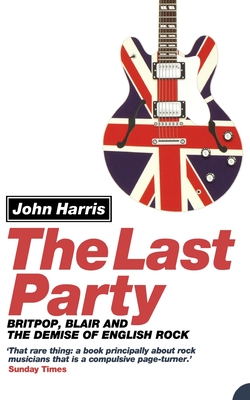 Beginning in 1994 and closing in the first months of 1998, the UK passed through a cultural moment as distinct and as celebrated as any since the war. Founded on rock music, celebrity, boom-time economics and fleeting political optimism - this was 'Cool Britannia'. Records sold in their millions, a new celebrity elite emerged and Tony Blair's Labour Party found itself, at long last, returned to government. Drawing on interviews from all the major bands - including Oasis, Blur, Elastica and Suede - from music journalists, record executives and those close to government, The Last Party charts the rise and fall of the Britpop movement. John Harris was there; and in this gripping new book he argues that the high point of British music's cultural impact also signalled its effective demise - If rock stars were now friends of the government, then how could they continue to matter?