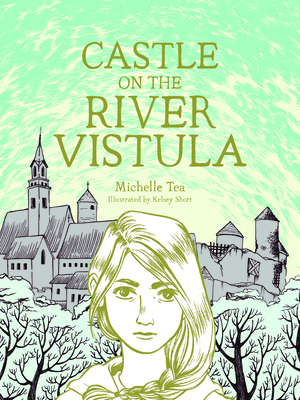 Welcome back, fellow Sherlockians! If you haven’t checked out the Part I to this blog post, click here. Unfortunately, we still await Season 5 (it *will come! Eventually!), and while we sit impatiently, all we can do is read books that remind us of each episode. So without further ado, here’s the list!

1. The Empty Hearse with MORTAL DANGER 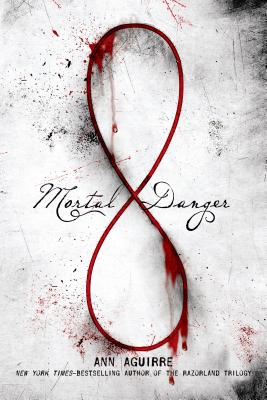 Coming back after your presumed death isn’t an easy thing to do, but what are you to do when you need revenge? Instead of going back to save people like Sherlock, Edie wants revenge on the people who ruined her life. Before she was going to commit suicide, Kian comes granting her three wishes, with a catch. Going back to school she realizes things are more dangerous than they seem, and that all urban folk tales are real. 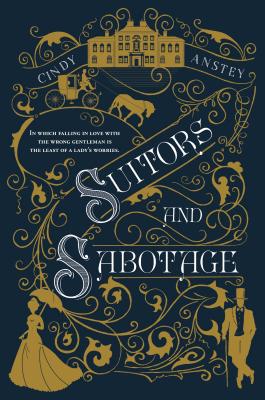 It’s quite mystifying when a problem arises in the face of two people you love, especially if it was for a special occasion. Despite the different time periods in the U.K, both of the plots contain class, stalkers, and a willingness to protect your loved ones. Imogene Chively finds herself in trouble when her father urges her to get married, bringing along a cast of suitors of which he approves of. At first, she finds herself hesitant of meeting Ernest Steeple, but after a while, grows fond of his younger brother Ben. It’s revealed that Ben is starting to be stalked during his stay, and they must find out who is doing it — or risk Ben’s death.

3. His Last Vow with RENEGADES 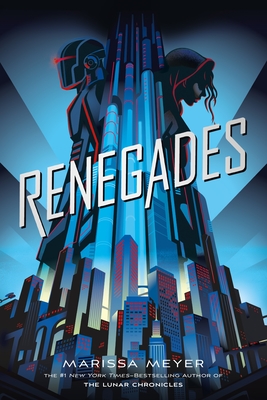 With John furious at him, Sherlock and John must defeat master blackmailer Charles Augustus Magnussen, though their mission is infinitely harder as Magnussen acts perfectly in the public eye. The RENEGADES are the prodigies blessed with powers led by Captain Chromium. Nova, able to put people to sleep with her touch, is sent to infiltrate the Renegades’ headquarters to put an end to their reign.

4. The Abominable Bride with MY PLAIN JANE 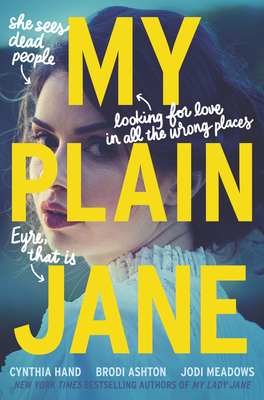 Set in the Victorian era, Sherlock and John must solve the mystery of the undead bride before someone else dies by her blade. In MY PLAIN JANE, orphaned Jane Eyre, writer Charlotte Bronte, and ghost hunter Alexander Blackwood are sent on a supernatural chase to solve a mysterious murder and perhaps uncover more than one buried secret.

5. Six Thatchers with THE ASSASSIN’S GUIDE TO LOVE AND TREASON 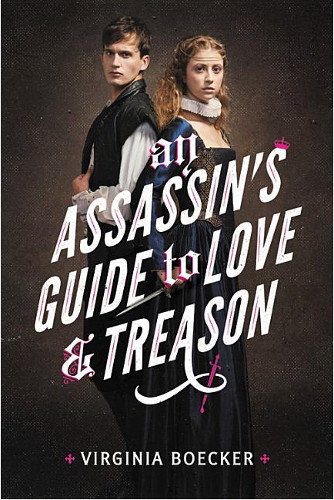 As Johnlock delve deeper into Mary Watson’s backstory, they uncover secrets about her pasts she would rather keep hidden. When Lady Katherine’s father is brutally murdered in AGTLAT, Lady Katherine decides to take over her father’s mission: help plot the Queen Elizabeth the I’s murder. But when she is elected to do the murdering, she must go undercover as part of William Shakespeare’s newest play, which is set to be performed for the queen. Her plans complicate when she meets Toby, a spy sent from the queen.

6. Lying Detective with A MADNESS SO DISCREET 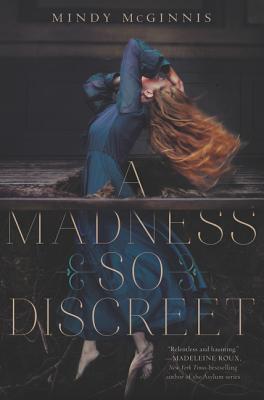 Going insane and having no one to confide in, or at the very least believe you? Both Sherlock and Grace can relate to this all too well. Her voice and her mind are locked away along with their family secrets when she is banished to the cellar.  When a visiting doctor takes interest in her she vows to leave her troubled past behind, but what happens when the past catches up with you? This haunting thriller is a must-read for fans of YA. 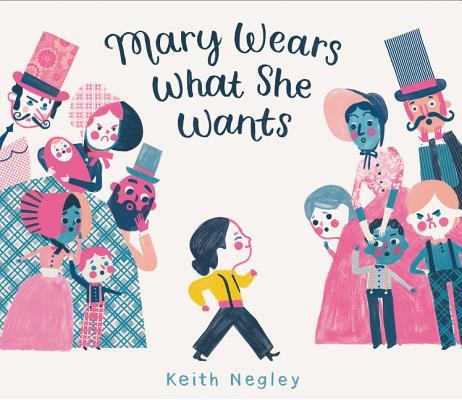 The virtual-reality vibe has boosted in popularity ever since READY PLAYER ONE by Ernest Cline became a bestseller. Strap in for six other reads that will take you to another world!

WARCROSS and READY PLAYER ONE have undeniable similarities, whether it’s the virtual-reality aspect, or the fact that both protagonists are competing in a billionaire’s tournaments. When Emika Chen, a world class hacker and bounty hunter of illegal bets, accidentally glitches herself into the Warcross Championships, she figures the maker of the Warcross virtual-reality game Hideo Tanaka will have her arrested. Instead, he gives her a mission: pose as a Warcross player to find the security problem. But soon she uncovers a dastardly plot that may doom the game and everyone playing it.

The Otherworld was just supposed to be another virtual reality game. But soon Simon discovers it’s a lot more than that—it’s a new phase of reality. The game requires no screens. It relies on your senses: touch, smell, feel, taste, and hear. You can do whatever your heart desires, even if it’s taboo or illegal or things you’re just too scared to do in real life… but what happens when the Otherworld becomes your real life?

Known to the world as one of the most popular books, it’s hard to find people these days who haven’t felt deja-vu at the name Ender’s Game. Both books have plenty of games, with those in READY PLAYER ONE being all virtual and those ENDER’S GAME being a combination of virtual and in reality. Sharing similar elements, although Ender’s situation while playing games was to train to fight the war on insects called “buggers,” fans of READY PLAYER ONE will sure to love this book! 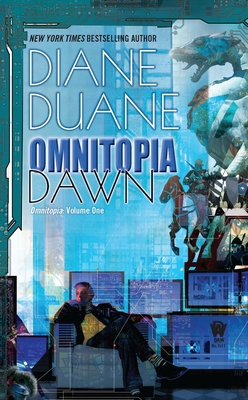 Written in 2010, this book was ahead of its time with its story of a huge multiplayer online game, compared to many games which have gone viral in the last years with the added benefit of having virtual reality. The game takes place in Omnitopia, and players are able to sense the world around them. Once billionaire Dev, the creator of this game, sets a new update more than what comes to the eye is revealed and this game may collapse the world, virtual and reality.

5. Six of Crows by Leigh Bardugo

Expert criminal Kaz Brekker can’t believe it when a rich merchant offers him a job that could earn him all the wealth he’s ever dreamed of. The only catch is no one has ever broken into the Ice Court prison and come out alive. With a team of comrades—each promised a portion of the money as an incentive—Kaz sets off on a dangerous journey to complete the proposed heist. But will it end in glory or in death?

6. The Hunger Games by Suzane Collins 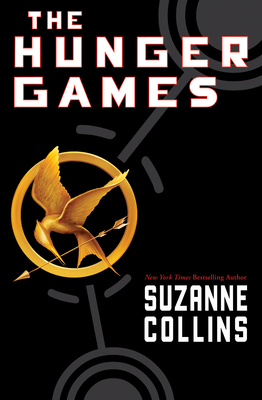 Perhaps one of the best-known YA books of today, Suzanne Collins’ wildly popular HUNGER GAMES trilogy and courageous heroine Katniss have been made into a series of movies and continue to entrance fans both on the page and the screen. Katniss is thrust into a game where children are chosen to kill one another in an arena. The last one standing is declared the victor. There’s just one problem: what happens when she starts falling for one of the other contestants? 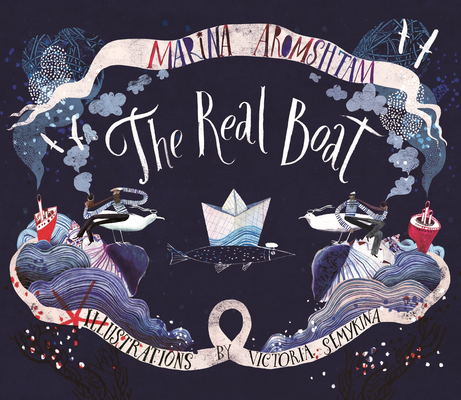 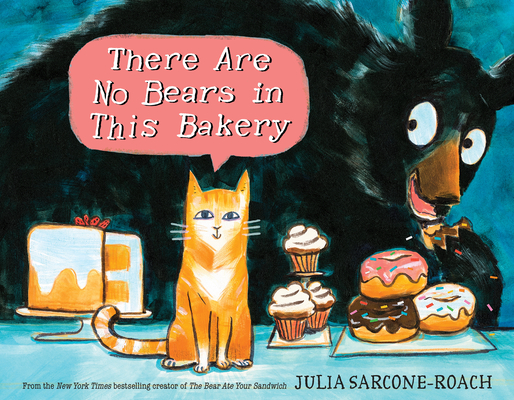