- Written by  By Ava & Evgenia

AHHH!!! After a year, the first episode of Stranger Things has finally aired. Here are six YA books with that supernatural element to tide you over until next Saturday, and the Saturday after that. 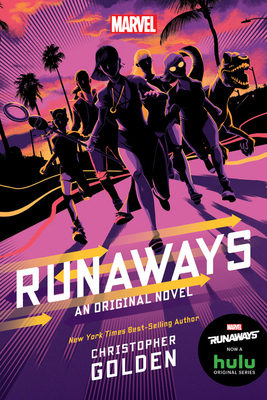 Turns out murderous Super Villains don't make for good parents. The Runaways had no choice. They had to kill them. Well, more or less. Now Nico, Karolina, Gert, Chase, and Molly are on the run again, hiding out and trying to regain a sense of normalcy. But kids with super powers don't get to be normal.

The city is overrun with criminals, each faction bent on murdering them for one reason or another. It's only when the Runaways uncover the truth behind their parents' past that they realize the evil isn't just in L.A. 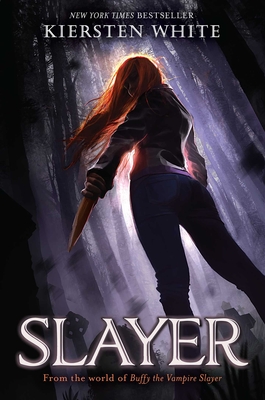 Nina and her twin sister, Artemis, are far from normal. It’s hard to be when you grow up at the Watcher’s Academy, which is a bit different from your average boarding school. Here teens are trained as guides for Slayers—girls gifted with supernatural strength to fight the forces of darkness. But while Nina’s mother is a prominent member of the Watcher’s Council, Nina has never embraced the violent Watcher lifestyle. Instead she follows her instincts to heal, carving out a place for herself as the school medic.

Thanks to Buffy, the famous (and infamous) Slayer that Nina’s father died protecting, Nina is not only the newest Chosen One—she’s the last Slayer, ever. Period.

As Nina hones her skills with her Watcher-in-training, Leo, there’s plenty to keep her occupied: a monster fighting ring, a demon who eats happiness, a shadowy figure that keeps popping up in Nina’s dreams…

But it’s not until bodies start turning up that Nina’s new powers will truly be tested—because someone she loves might be next.

One thing is clear: Being Chosen is easy. Making choices is hard.

Sora can move as silently as a ghost and hurl throwing stars with lethal accuracy. Her gemina, Daemon, can win any physical fight blindfolded and with an arm tied around his back. They are apprentice warriors of the Society of Taigas—marked by the gods to be trained in magic and the fighting arts to protect the kingdom of Kichona.

As their graduation approaches, Sora and Daemon look forward to proving themselves worthy of belonging in the elite group—but in a kingdom free of violence since the Blood Rift Rebellion many years ago, it’s been difficult to make their mark.

So when Sora and Daemon encounter a strange camp of mysterious soldiers while on a standard scouting mission, they decide the only thing to do to help their kingdom is to infiltrate the group. Taking this risk will change Sora’s life forever—and lead her on a mission of deception that may fool everyone she’s ever loved. 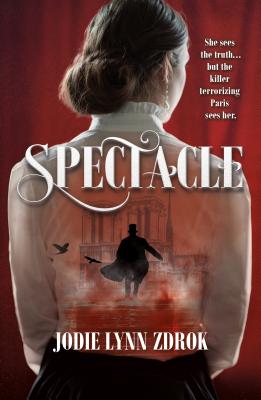 Sixteen-year-old Nathalie Baudin writes the daily morgue column for Le Petit Journal. Her job is to summarize each day's new arrivals, a task she finds both fascinating and routine. That is, until the day she has a vision of the newest body, a young woman, being murdered--from the perspective of the murderer himself.

When the body of another woman is retrieved from the Seine days later, Paris begins to buzz with rumors that this victim may not be the last. Nathalie's search for answers sends her down a long, twisty road involving her mentally ill aunt, a brilliant but deluded scientist, and eventually into the Parisian Catacombs. As the killer continues to haunt the streets of Paris, it becomes clear that Nathalie's strange new ability may make her the only one who can discover the killer's identity--and she'll have to do it before she becomes a target herself.

While Paris may be very far away from Hawkins, the common thread of extraordinary powers and strange experiments ties these stories together. 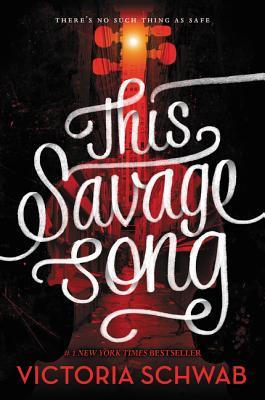 There’s no such thing as safe in a city at war, a city overrun with monsters. In this dark urban fantasy from author Victoria Schwab, a young woman and a young man must choose whether to become heroes or villains—and friends or enemies—with the future of their home at stake. The first of two books.

Kate Harker and August Flynn are the heirs to a divided city—a city where the violence has begun to breed actual monsters. All Kate wants is to be as ruthless as her father, who lets the monsters roam free and makes the humans pay for his protection. All August wants is to be human, as good-hearted as his own father, to play a bigger role in protecting the innocent—but he’s one of the monsters. One who can steal a soul with a simple strain of music. When the chance arises to keep an eye on Kate, who’s just been kicked out of her sixth boarding school and returned home, August jumps at it. But Kate discovers August’s secret, and after a failed assassination attempt the pair must flee for their lives.

This book has monsters too, although they are a bit easier to empathise with...

6. EVERY HEART A DOORWAY

Children have always disappeared under the right conditions; slipping through the shadows under a bed or at the back of a wardrobe, tumbling down rabbit holes and into old wells, and emerging somewhere... else .

But magical lands have little need for used-up miracle children.

Nancy tumbled once, but now she’s back. The things she’s experienced... they change a person. The children under Miss West’s care understand all too well. And each of them is seeking a way back to their own fantasy world.

But Nancy’s arrival marks a change at the Home. There’s a darkness just around each corner, and when tragedy strikes, it’s up to Nancy and her new-found schoolmates to get to the heart of the matter.

No matter the cost.

Strange parallel universes… that can be reached through gateways… Sounds familiar, doesn’t it?