An Essay by Brad Balukjian 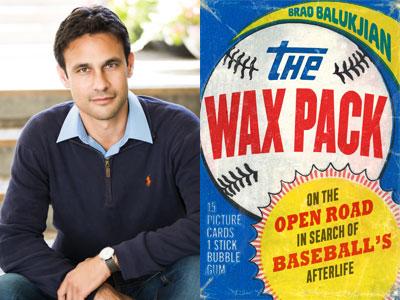 I’ve made a career out of being wrong.

When I was in college studying island biogeography (a self-designed major; I had the distinction of finishing both first and last in my class) and journalism, I began researching career options. I remember feeling terrified to discover that teaching was the most common career path for people interested in my field (the science part).

How could I ever teach? I thought. Those people are experts, omniscient demi-gods who are never wrong. That could never be me.

Ditto journalism—I was studying the craft of magazine journalism, and declared that magazines were the perfect medium for writing—long enough to employ the tactics of creative non-fiction, but not as intimidating and herculean a task as writing an entire book.

Write a book? Not a chance.

Yet here I am almost twenty years later, a professor of natural history and biology on the verge of publishing my first book.

Once I realized how much professors don’t know (and the good ones willingly admit it), I embraced becoming one. When the Internet decimated the magazine industry (a tragedy that I still mourn), the book became the last holdout for the kind of narrative writing I practice.

What makes books special is their discrete nature. There’s a lot to be said for being discrete (and discreet, but that’s another essay). One of the reasons why I love both islands and books so much is that they are self-contained entities with boundaries and edges; there are intrinsic limits—land ends at the sea, a book ends on its last page. In our world of infinite and overwhelming information where there is always more to read, to learn, and to digest, books provide a refreshing antidote. The irony of having access to endless content is that it adds more stress than relief, and stress is certainly not the emotion you want to pair with reading.

In a book, the writer is forced to trim down the massive trove of information and imagination they have researched and conjured into 300+/- pages, making hard decisions in the name of pith. I feel comforted knowing that I am reading the very best of whatever that writer had in mind, that the words are the survivors, champions of the Darwinian sluice through which every writer passes their prose. (There’s a reason why the deleted scenes in a movie don’t make it into the movie—it’s because they suck.)

And so the next time you (literally) pick up a book, after you get over the thrill of that tactile experience, and after you smell it (every book needs to be smelled), take a moment to appreciate that that book is not Google, that you are about to embark on a journey with a clear beginning, middle, and end, and be grateful for those limits.

Brad's debut, The Wax Pack: On the Open Road in Search of Baseball’s Afterlife is available now. He is the director of the Natural History & Sustainability program at Merritt College in Oakland, CA.

The Wax Pack: On the Open Road in Search of Baseball’s Afterlife (Hardcover)