We are an independently owned and operated bookseller with 11 locations in the San Francisco Bay Area.  We can trace our history back to 1851 making us The West's Oldest Independent Bookseller. Our main office and warehouse address is 2483 Washington Avenue, San Leandro CA  94577; 415-643-3400. Click here for general information and FAQ.

Our story begins in the Gold Rush Days of 1851. 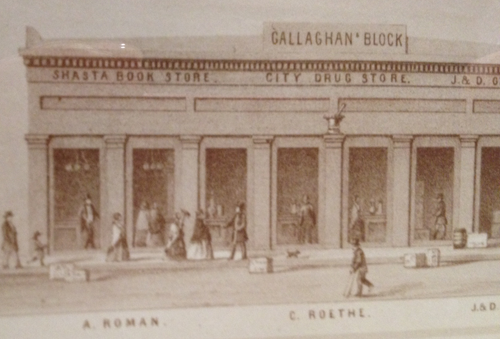 Anton Roman, an immigrant from Central Europe, struck it rich in Shasta City and leaped into the book selling business, by opening his own store. His store did quite well for a number of years, before the mining town dried up, causing Roman to move to San Francisco. He set up shop on Montgomery Street in 1855.

With the help of new hires, Alex Robertson and Frank Harte, Roman started The Overland Monthly, a literary journal and book publisher. They printed California-focused poems and stories, including one by “a crotchety sort of a person,” named Sam Clemens (better known as Mark Twain) entitled Roughing It.

In 1882 Roman died and left the store to Alex Robertson. Robertson moved the store to Port Street where it remained successful and prosperous. Tragedy struck when the store was destroyed in the earthquake and fire of 1906, but Robertson remained committed to the business and set up a

new store. The business thrived until Robertson died in 1924 after 62 years of publishing and selling books.

The store was then bought by Leon Gelber and Ted Lilianthal, who moved it to Sutter Street. The two were fascinated by old and antique books and carried the torch until 1946 when Gelber died and the store was sold to Lew Lengfeld.

Lengfeld officially renamed the business Books Inc., although it was traditional in those days to name bookstores after the owner (the company had gone from Anton Roman Bookseller, to Pearson & Robertson, to Gelber Lilianthal, before Lengeld made the change). He ran the company with his friend and fellow book collector Barbara Thompson, as well as a bright young woman named Ann Allenson. Ann and Lew created and starred in a weekly television program on the San Francisco station KRON in which they reviewed books and did readings. Lengfeld also opened up new stores all across the country, in places like New Mexico, Denver, Beverley Hills, Dallas, Seattle, and Southern California and others.

Lengfeld passed away in 1996 and left Books Inc. to a few trusted employees just as the national chain stores were discovering and colonizing the West Coast. This change brought about the closure of ten of the twelve Books Inc. stores and the filing of Chapter 11 bankruptcy in an effort to restructure and save the company.

Michael Grant and Michael Tucker, the owners at the time, were determined not only to survive, but to thrive. Books Inc. emerged from Chapter 11 in August of 1997 with four stores and a fifth was added in 1998. All integral systems had been revamped and computerized, from buying to accounting, and publishers began to take notice of this phoenix rising from the ashes.

Tragically, Mike Grant died suddenly in August of 2000, just as the company was poised for further expansion. Michael Tucker assumed the role of President and ran the company until his retirement.

Michael retired in 2019 and left the company in the trusty hands of Andrew Perham, a skilled bookseller and bay area local who has been with Books Inc. since 2010.

Now our internal objective is to train and support the next generation of knowledgeable booksellers. Our external focus is to provide excellent customer service, or as Lew put it: “We’ve had 143 years,” (now over 170 years) “of experience making customers happy with books they will like and telling them the truth about books that are bad”!

Today, with 11 stores and around 150 employees, Books Inc. serves as a shining example that independent bookstores can survive and prosper in this evolving and expanding new world.

WHY WE BOUGHT A BOOKSTORE.pdf 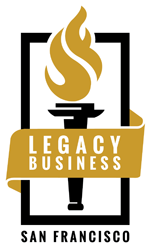 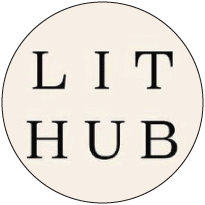 Books Inc. In The News